The Left’s Connection To Terrorism

Who Is George Soros and Why Is He So Powerful?

Who Is Father Malachi Martin?

The Dangers and Destructiveness Of Revolutions

To see others of my ancestry on why this work of Ordo Militaris Catholicus is so dear to me and personal, go to Voice Through My Ancestors and look at all the photos!

I do not care if you have a feud with the founder of Ordo Militaris Catholicus and FromRome News Website, swallow your pride, bury the feud and do the right thing! If our ancestors could do it for the safety of Christianity and of Christendom, why can’t we do it today? So, get it done!

To Become A Member, Donate Here

If You Are A Veteran, Go Here and Sign Up

If You Are Into Investing, Go Here and Purchase Stock With Ordo Militaris Catholicus

Need A Good Book In E-Book Form, Go Here Ordo Militaris Books $10 per download, check your spam folder, move email with the book to inbox, open it, finish the download.

Fourth Report: Why Christians Need Self Rule In Iraq by Uzay Bulut

HOW YOU CAN HELP?

DONATIONS: By Becoming A Member By Either Making a 1 Time Donation or Monthly Donation

US Retired Veterans: Join Up Here

HELPING OUR FUNDRAISERS: Go here and see the current fundraisers going on

GET A BOOK: ON BECOMING SOLDIERS OF THE CROSS, AGAIN!

My first response is regarding “Pope” Francis’ Universal Prayer Intention: ‘Listen To The Migrants’ Cries’ Do not be fooled by their photo of peaceful migrants, there are no females among the migrants, they are military aged males! Learn About The Real Migrants Here: Muslim Invasion Of Europe!

I have no sympathy to these invaders hurting the Christians of Europe, destroying Europe and being allowed in and allowed to do this by the UN and the European Union!

I call on Conservatives to win in Europe, to remove themselves from the EU and UN as Trump is trying to do regarding the UN, and as the UK has done in removing themselves from the EU, and kick these invaders out of your lands! End their siege and hold of your towns, villages and take back your cities and countries!

May God save Europe and Restore Europe Back To Christ, I call and Pray for this as the 57th Great Grandson of Charles Martel!

Blessed Charlemagne, gave the Church Papal States for a reason, so the Church could rule and make sure Christ the King was the one in-charge and the Faith is promoted and defended more vigorously and the Pope had true authority, not some for show fake monarchy in some European countries and Britain, and when he needed to, he could call for the Reconquest of Spain, the Holy League that saved Vienna and the Holy League 1571 of Lepanto, and the Crusades to protect our Christian Brethren, which is needed again, but is frowned upon by many in the Church, even among big name Trads.

When the new capitol of Rome was done, through many treaties, the Church signed away what the Holy Roman Emperor gave to the Church, for the salvation of millions of souls, now look at it, has then been a good thing for the Church? No, it has not been.

Should it be reversed? Yes, that way maybe all these evil men who have broken the law, can no longer hide in the Vatican and the Faith can be shared how it was back then, and defended by numerous Saints, then finally be able to help our Christian brethren dying right now!

Can it be reversed? I have no idea. I’m not an expert regarding this.

To the commanders of the French Police, you have been acting like tyrants from North Korea and other Communist countries who want to stop all freedom of protests against a tyrant leader who has hurt his people by lack of pay and rights. You know, the world will not look kindly on your abuses against humanity and against religious freedom.

Now you are attacking your brethren in the first responders by fighting the fire fighters who have decided to stand with the people, now you bust into churches and abuse the citizens and take their freedom of religious practice away, when they only want to pray and you are now deciding they cannot pray anymore? You have entered into the realm of the French Revolt when it was illegal to go to Mass or to enter the Church to pray.

Is it a wonder why the people protesting in France and in Free Hong Kong want President Trump as their own President? It is because he loves his citizens and wants what is best for them, not what Communist China or now Communist France under Emmanuel Macron want for their countries, which you enforce with physical violence and use physical violence to stop them wanting freedom! May France be free once again to be Catholic and rights of citizens protected!

Andrew, Great Grandson and Great Nephew to the Kings of France 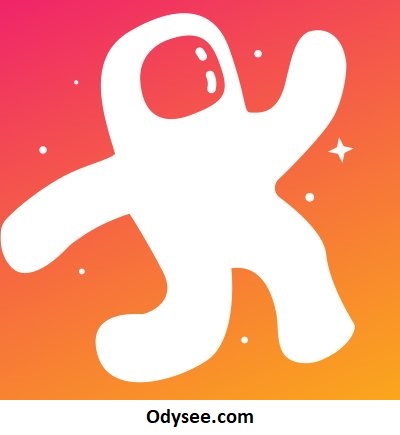